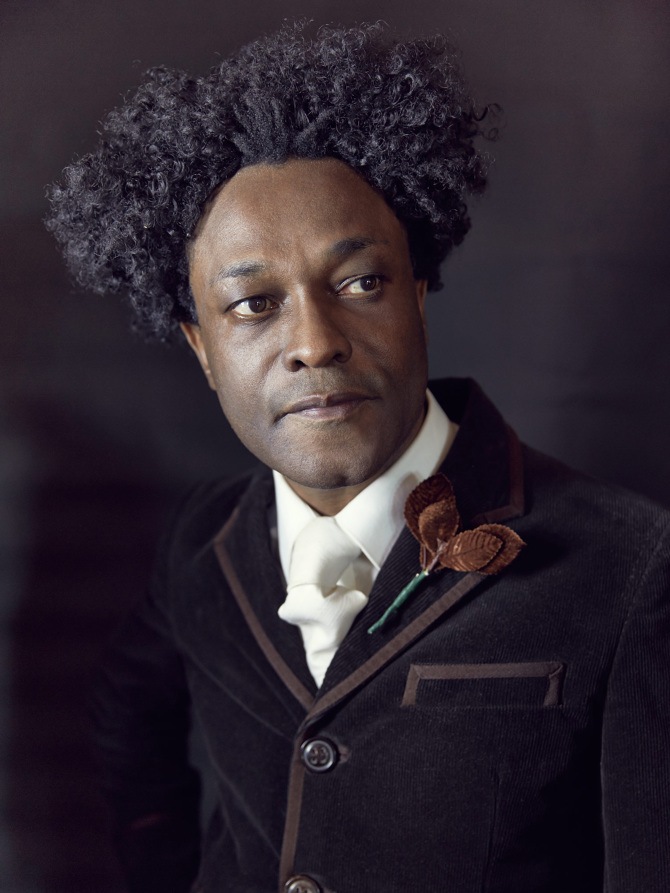 Iké Udé was born in Nigeria in the 1960s and has lived in New York City, New York in the US for over 3 decades during which time he has earned the reputation as a master portraitist. Udé gives conceptual aspects of performance and representation a new vitality, melding his own theatrical selves and multiple personae with his art. He has held numerous exhibitions and is in the permanent collections of top museums worldwide including the Solomon R. Guggenheim Museum, Smithsonian Institution and the Minneapolis Institute of Arts.

Udé is very conversant with the worlds of celebrity and fashion and is publisher of the acclaimed aRUDE magazine. He has made the coveted Vanity Fair International Best Dressed List three times (in 2009, 2012 and 2015)

Mr. Udé is author of Nollywood Portraits: A Radical Beauty (published by Skira in 2016), Style Files: The World’s Most Elegantly Dressed (published by Harper Collins in 2008) and Beyond Decorum (published by MIT Press in 2000).